One of the most important proposals of this 13th edition was the Surf, Civilization and Barbarism exhibition, a compilation of images, ilustrations, videos, thoughts and objects who will take the visitor through all the world´s continents and key surf spots which have been over developed or that still live in their peacefull solitude.

Many people was involved, we asked Gibus de Soultrait for a text which will resume the ideas and premises behind this concept. Here you are this text, hope you enjoy it as much as we did. Thanks!

The Endless Summer vs. The Vietnam War

In the history of surfing, the idea of utopia has long assumed the role of both a vital force and a force of resistance. The initial form this idea took, and its prominence in the surfing landscape of the ‘60s, was due in no small part to Bruce Brown’s famous film The Endless Summer. When he started shooting his film in 1963, Brown simply wanted to make a colour documentary about surfing, a sport that he loved; he wasn’t thinking about an act of rebellion. In the film, surfers Robert August and Mike Hynson have short hair and wear suits and ties when they board their flights in search of waves. When Brown gave it its title, he never imagined that it would become the slogan of the Californian counterculture of the ‘60s, or of surfing’s vision of utopia.

When the 16mm film premiered in California in 1964, it was so successful amongst surfers and young people in general that Hollywood converted it to 35mm, then distributed it to cinemas all over America the following year. At that moment the United States were at war in Vietman, and in ’65 President Johnson decided to send ground troops to the front; thousands of young men were enrolled in the army and ordered to shoot their fellow men. The youth of America rebelled. On television they saw images of bombings; at the cinema, images of an endless summer and perfect waves. And against the backdrop of the nightmare of Vietman, this surfing utopia — the wave, the journey, the natural world, the summer that lasts forever — seemed a just and worthy cause. Surfers united with the hippie movement of Peace & Love and made a common front against the Vietnam war.

The Endless Summer is more than a film, it’s a manifesto for a different way of life. From this point forwards, the idea of utopia became an active force of resistance, a movement that strived towards a different society to that of the American Dream and imperialist war.

On The Road vs. Consumer Culture

In the 1970s, surfers were dreamers and activists. They dreamt not of consumer goods, as society expected them to, but of waves. A board, a backpack, a little bit of money here and there — earned sometimes by legal, other times by illegal means — and that was all they needed. The dream became a journey along a path paved with opportunity and excitement, a path that one had to forge for oneself. New and virgin waves were discovered by chance on this journey without end, a journey that had two different facets: the euphoria of surfing these beautiful waves on the one hand, and on the other the disappointment of missing out on them — a broken car, an ocean that refuses to cooperate. The Forgotten Island of Santosha picked up where The Endless Summer left off, with an imaginary island that didn’t exist, a very real wave that did, and a clear message: an invitation to go searching. Bali, with the beauty of its countryside, the magic of its Hindu culture and the hollow perfection of its waves, represented the promised land, in which surfers needed “nothing” to live. And so countless surfers headed in that direction, year after year. But in contrast to this utopia, characterised by the search for waves and enjoyment of the natural world, society’s forward march continued unabated — the march of ever-increasing, increasingly toxic production, and construction that is by its very nature destructive. The oceans filled up with garbage, the coastline was conquered by concrete, even the waves started to disappear. The dreamer could no longer limit himself to the life of the surfer. He had to initiate an ecological struggle.

In 1972, Californian surfers saw the wave of Dana Point disappear due to the construction of a promenade, while the San Ofre nuclear power plant was built just a stone’s throw from the birthplace of Californian surfing in the interwar period. In the film Pacific Vibrations, founder of Surfer magazine and the film’s director John Severson warned about the dangers posed by the modern world; surfers watched it expecting just another opportunity to dream about waves and travel, but the images they saw of the Californian coastline revealed not only waves but also abandoned cars, industrial power stations, and hazards of the nuclear variety. Severson had known the Californian coast when it was still virgin countryside, and he saw how fast it was changing — hence the “SOS” he sent out to the world in his film.

In 1972, when Mundaka was known of by only a small handful of surfers, plans to build a port in the river mouth set Franco’s Spain dreaming. The same year, on the other side of the border in the birthplace of French surfing, the mayor of Biarritz also had a dream, and approved a plan to convert the beach into a promenade and fill it with buildings. Two monstrous projects that would never see the light of day thanks to the firm resistance of local associations and the lack of investment. The surfing community had dodged a bullet!

But in 1986, after years on the road and outside of the system, surfers grew more realistic, even if such an outlook didn’t come easily. Some discovered an interest in developing the surf industry and converting the utopia of the surfer’s lifestyle into a marketing gimmicking for surf brands to exploit. Others realise the importance of grouping together and standing firm in order to protect one of the most precious natural resources at our disposal: the surf. When the wave of Malibu was under threat, surfers mobilised, joined the ecological struggle initiated some years earlier by other committed citizens, and created the Surfrider Foundation, whose fight to preserve the ocean and its waves would encompass all manner of oceanic pollution and coastal destruction. Around the Surfrider Foundation other organisations begin to spring up in other parts of the world: Surfers Against Sewage, Save The Wave, the list goes on. It’s the fight of David against Goliath: the value of natural beauty and the enjoyment thereof in the long-term, against economic interests and development in the short-term; the utopia of an alternative vision of the future against the warped logic of modernity; the hope of the ecological dream against the blindness of economic forces. Everyone has his or her own ideas about the issues in question. But while the waves of Fukushima will unfortunately remain unridden for centuries to come, at Punta de Lobos in Pichilemu, Chile, the first battle against pollution has been won, and a new conservation area has been established. Utopia isn’t merely a dream. On the ground, in the real world, it has behind it the force of reason. 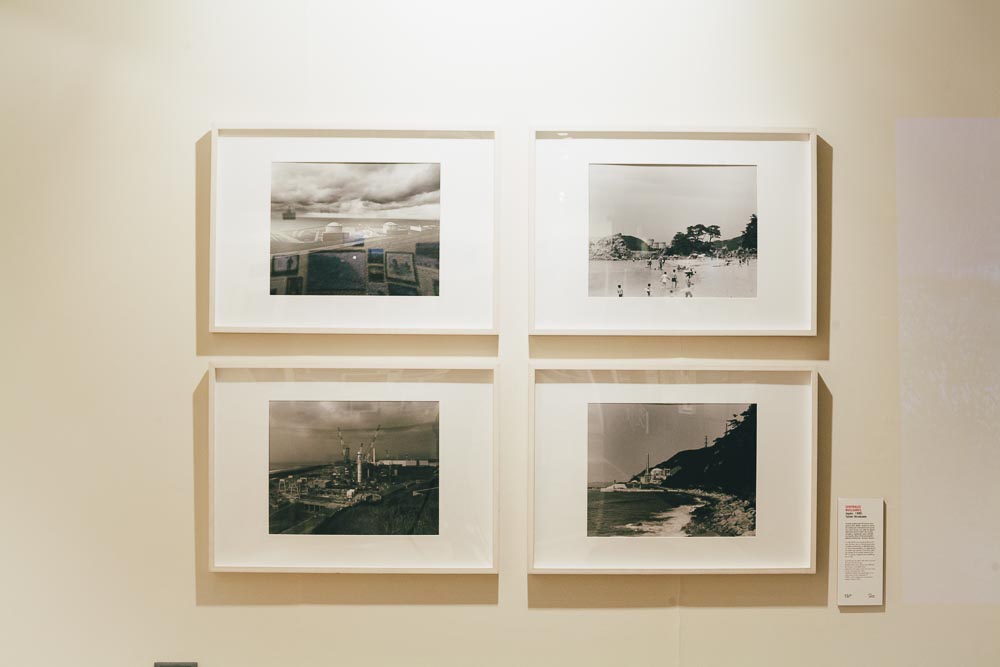 The Rhythm Of The World vs. Global Warming

At present modernity marches onwards, unaware of the damage it causes to the lands and resources it tramples over. Entropy and dystopia prevail over the longed-for utopia; the fight against global warming is desperate and disheartening. We are blinded and trapped by the present tensions between productive forces; we live overwhelmed and consumed by the passage of time, from morning to evening. But that too is an illusion. Time has no end and the only thing we can do is run after it blindly. We need to get up to date.

This is why we must listen to the dreamer-surfer. We must listen to his message, that of an active — and activist — utopia. When the surfer’s waiting in the line-up, he knows that the waves arrive in their own time, following their own rhythm. And to go surfing is to surrender oneself to the rhythm of the waves. In a given moment the surfer is waiting; in the next he is paddling to catch the wave. The rhythm of the wave, as the surfer sees it, is a beautiful metaphor for imagining the modernity of the future; the forces of production surrendering before, and joining with, the ceaselessly fluctuating rhythm of the Earth’s natural resources. When we think about the ecology we must think about rhythms.

The rhythms of utopia and dystopia — but of a living and breathing utopia that is one with the rhythm of the world, and not just of a dystopia that suffocates and destroys the entire world.

This rhythm enables us in some measure to free ourselves from the agony of time, from its inexorable passing, from its oppression. The age of ecology is the age of rhythm.